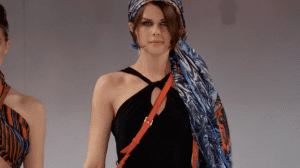 Bath has long since been a fashionable destination, a place to see and be seen. Video production.

In 2016 the city continued to flex its stylish credentials and attract the international fashion pack who were lined up to share their style secrets and make Bath In Fashion 2016 a jam-packed affair.

Now in it’s sixth year, the programme for Bath in Fashion showcased an eclectic mix of celebrated designers, influential editors, opinionated fashion writers and style pundits alongside behind-the-scenes creatives who discussed and debated, celebrated and championed the ever-changing, all-encompassing world of fashion.

Jooka were delighted to be invited back to provide film coverage of this year’s festival. For more information on Bath video production, contact us at [email protected] or drop in to our studio at Glove Factory Studios, Holt, Wiltshire. We create video content for web & broadcast. Micro content for Instagram & Vine, motion graphics, stop motion, hyper-lapse & aerial footage.